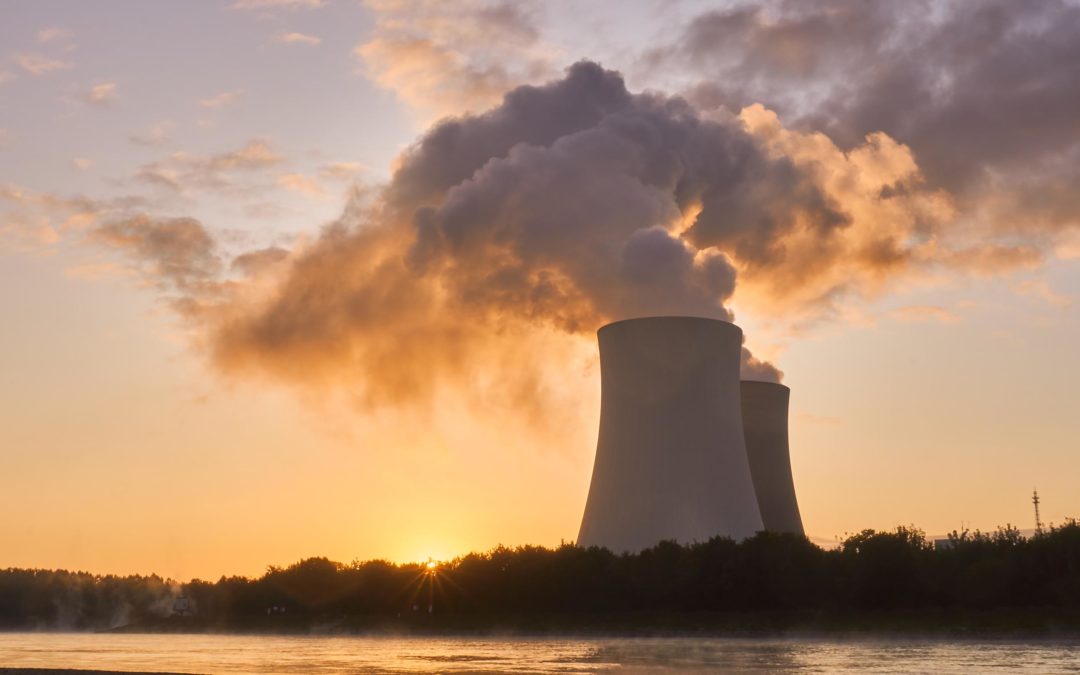 Nuclear power has an important role to play in helping the UK and world achieve net-zero CO2 emissions by 2050. All main political parties, including the Green Party of England and Wales, include some level of nuclear power when stating in their manifestos how they aimed to achieve net-zero greenhouse gas emissions for energy supply by 2050 or earlier.

The debate though has become very polarised between supporters and opponents of nuclear power. Our main aim is to try and address the various pros and cons for nuclear power in an objective and factual manner. We recognise that this question will not be decided on the science facts alone, as political and economic arguments will also carry significant weight.

In any discussion of nuclear power and renewables several factors need to be taken into account. The main ones are:

Nuclear is a highly concentrated, reliable form of energy generating limited amounts of waste. Unlike other waste streams – both within the energy sector and industry generally – the waste from civil nuclear power is carefully managed, packaged, stored and in some cases, recycled to produce more fuel. The safe management, recycling and/or disposal of nuclear waste is a problem that has over time been technically solved – it is only the matter of political and public acceptability that has not.

There is a very high capital outlay for building a nuclear power plant. The actual running costs are very low. The cost of the fuel is minimal. Decommissioning is a long process which is also expensive. Nowadays all these costs are factored in when a new plant is being planned. The overall cost of a plant affects the cost of the electricity it produces.

When the UK’s Hinkley Point C was commissioned, its owner (EDF) obtained a guaranteed fixed price for their electricity of £92.50 per megawatt hour (MWh), adjustable to the rate of inflation. You may have heard the phrase ‘strike price’ – that is the guaranteed fixed price. That agreement was timed to last for the construction period and for the subsequent 35 years (the plant is projected to last for at least 60 years). When that agreement was made, there was a huge fuss about the strike price being so high. It often cited as proof that nuclear energy was too expensive. Yet towards the end of 2021, wholesale energy prices reached £2,000 per MWh. Which would make nuclear energy incredibly cheap.

Energy density for nuclear is 50,000 kW per Kg of uranium. In comparison, wind and solar energy is much more diffuse with densities of only 2-3 W per sq. metre (W/ m2) and 100 W per sq. meter respectively, and biomass only about 0.5 W per sq. metre in NW Europe2. Thus, nuclear occupies far less land than that required by wind, solar or biomass energy sources to produce the same, or greater, amounts of power. Of course, these are not like for like comparisons because kilograms and squared metres do not measure the same things.

By way of a real world back-of-an-envelope example comparison, the UK is currently building a new nuclear plant at Hinkley Point C, which will be capable of generating 3,260 MW of electricity from 175 hectares of land. There is no wind farm in or offshore for the UK which has anything like that capacity. At the time of writing, the UK’s biggest planned (offshore) wind farm is called Hornsea Project One and it will have a capacity of 1,218 MW – it will also be the world’s biggest wind farm! It will occupy 407 square kilometres. That’s the most favourable to wind power real world example we could find, because offshore wind power is considered to be far more effective at gathering energy than onshore wind power.

1 square kilometre = 100 hectares. So that means that Hornsea Project One will occupy 40,700 hectares at sea. Dividing the capacity by the footprint gives us the amount of megawatts produced per unit of area.

In other words, the very best example of wind power requires a footprint 629 times the size taken by a nuclear plant to produce the same amount of electricity.

Both nuclear and wind rely on the extractive industries for their raw materials; therefore, the physical footprint of the relevant mining & shipping operations have been omitted for this comparison.

It is important to understand the difference between name plate capacity and capacity factor. The name plate capacity gives the maximum possible electricity which could be generated if a power station was generating electricity all the time. For example, if a 1GW name plate power station generated electricity 24 hours a day for a year it would generate 1 x 24 x 365 = 8,760 GWh/year. However, no power station generates electricity all the time. The ratio of the actual power generated by a power station during a year compared to the theoretical maximum is known as the capacity factor (CF). For generation III and IV nuclear reactors a CF of over 80% can be achieved. For wind farms CFs of between 30% and 40% are recorded whereas for solar (PV) CFs of about 10% to 15% are the norm in the UK. Clearly the CFs for wind and solar are very dependent on the country in which they are situated due to latitude, topography and climate. In the UK, wind is a good source of energy, particularly offshore. CFs for solar are less in northern Europe than in regions of the world with higher average sunshine. Compare, for example, the average power of sunlight falling on London (109 W/m2) with the figure for Cairo (237 W/m2).

Generation II nuclear plants (the majority of those currently existing worldwide) were typically designed with initial 40-year operational lifetimes, however, many of these are able to be extended to 50 or 60 years. Generation III and IV nuclear power stations have designed operational lifetimes of 60-80 years. Wind (both onshore and offshore) and solar have life times of about 25-30 years.

In the case of both wind and solar power, there needs to be an economically practical way to store the excess energy produced during plentiful wind and sunshine. At present there is no grid-scale storage solution available to fulfil this role. We don’t doubt that this will in time be solved, and there are certainly some interesting solutions being floated, but timelines for meaningful large scale deployment are vague.

It is beyond doubt that proposals for the building of new nuclear plants are often opposed – not always by those living closest to them. However, public & community opposition to low carbon energy projects is not limited to nuclear. In Suffolk for example – where activists are currently opposing the proposed building of a 3.2GW nuclear plant at Sizewell, there is also a community group opposing the building of a sub-station to bring ashore the power generated from a proposed offshore wind project: the East Anglia One North (EA1N) and East Anglia Two (EA2) offshore wind farms (with a combined capacity of up to 1700MW). Similarly, some green groups have raised concerns that the near-900-acre development of Cleve Hall Solar farm could harm the natural environment in the area, in part because of the environmental impact of the material for the energy storage system. Thus, we had the unusual spectacle of the local Green Party, the Campaign for Rural England and Greenpeace opposing the Cleve Hall solar farm proposal, with Friends of the Earth supporting it.

Prominent and highly respected environmentalists support the use of nuclear energy as a source of low carbon power, including Mark Lynas, James Lovelock, George Monbiot and Dr James Hansen.